The rising cost of energy bills has been a controversial and well documented cause of concern – sparking debate at the highest level.

Nowhere is this truer than in rural areas – especially if communities have to rely on often expensive heating oil to warm their homes because they are not connected to the main grid.

With colder temperatures just around the corner this can put people under even more strain, particularly those on fixed incomes such as the elderly who are already struggling to make ends meet.

But a Wiltshire community has joined forces to help residents save money on their heating bills and has seen great success, helped by the falling cost of crude oil.

Eighteen months ago an oil buying club was formed in the Nadder Valley to the west of Salisbury. In that time, the club has grown to 220 members and sees no sign of letting up.

It draws from an area which includes Warminster, Market Lavington and Netheravon in the north through to Bulford, West Tytherley and Landford in the south, while also encompassing Verwood, Iwerne Minster, Tarrant Hinton, Mere, Gillingham and East Stour.

Richard Willan organises The Nadder Oil Buying Club, which was started by his late sister, Andrea Fox. He oversees a regular order which in the last year represented an average of 20,000 litres each month. However, in the last two months, orders have increased to 42,000 litres each month, reflecting clear growth in the club’s popularity.   The December order for 47,000 litres was fulfilled at 39.5p per litre.

Mr Willan said: “We started out by advertising in the local community papers and at village shops; however, now the community itself is advertising for us. Word is spreading quickly about the benefits of the club. We are saving our members around 10% on their oil costs – it’s a win, win for everyone. In some cases where people use automatic top up services the savings are as much as 40%. Members can order as little as 500 litres but receive a price based on 40,000 litres.”

The service is completely independent of oil suppliers and is dedicated to using technology to help reduce the cost of living in rural communities – developing software solutions for buying groups, energy purchasing or energy management.

Mr Johnson said: “Our reasons for starting the Oil Buying Club were simple; we wanted to help people lower the cost of heating oil and we wanted to support the dozens of club managers across the UK who ran community oil buying groups.

“I have been an oil user for several decades.  Before the days of the internet I used to phone round suppliers whenever I needed a delivery, the price could vary significantly so it was always worth the time and hassle.  Along came the internet and the rise of the on-line oil sites.  Although they were easier to use I still found that some work on the phones often resulted in a better price.

“Five years ago, I found and joined my local oil buying club and I have never looked back.  Our club manager takes the hard work out of finding the best prices and the combination of his research and the buying power a club order generates has meant the club prices are always significantly lower than I could achieve on my own, often more than 10%.

“But there are also environmental and social benefits. Fewer tankers means lower costs but it also gives rise to lower CO2 emissions and fewer trucks on narrow rural roads.

“In addition, for those on fixed incomes or who find it difficult to go through the process of shopping around, then oil clubs provide an excellent option.

“However, running a club isn’t easy. There’s a lot of admin involved in gathering, consolidating and sending orders to suppliers. That’s where the journey for the Oil Buying Club began.

“We now have a system that’s being used by over a thousand consumers with more joining all the time.  It’s taken some time to develop but we are proud of the way it makes life better for everyone.”

Once they join up, members receive email notifications of club orders and adding their own requirements can be done from a PC, tablet or smartphone.

The club leader will then supply details of price, delivery and supplier, acting as a point of contact throughout the process. 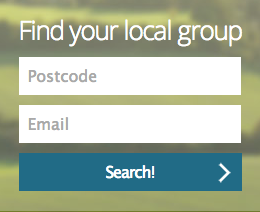